Fire of God, minister destruction to those trying to destroy my life and family in the name of Jesus Christ.

This new year prepare yourself because God has great things He has prepared for you no matter what is happening in the world.

Daniel and his three friends prepared themselves before their nation went to war and when they were taken as captives, God opened the door of opportunity for them because they had created the base for themselves before their problem came and in the midst of their trials, their personal traits qualified them for the job. You see, in every blessing or position God is taking you to, God has a role to play and we also have our roles to play. If they had not prepared themselves how will they have excelled in the role given to them? You might say yes, God can qualify them even if they’re not qualified. Yes, that is true but know one thing in God’s provision: that God will give you what you are prepared for because His blessing will never be a mockery to His children and He is a God of justice.

What about Joseph? In the prison he was training himself by interpreting other people’s dream. He was in Potiphar’s house as a leader under training but this was unknown to him. When God saw that he had been fully trained and qualified, He opened the door of opportunity to him. The cup bearer did not forget him for no reason. It was because he was not yet qualified because there were things God still wanted him to learn in the prison and he never complained, but rather kept doing what he knew doing and God was taking note of his skills and qualification.

What about David? When he was going through training his dad sent him to his elder siblings and God opened the door of opportunity when he was fully qualified. Was fighting Goliath the reason why his father sent him to his siblings? No. What his father expected was to give things to his brothers and see their well being and come back to his father but God, who was aware of his qualification, had another plan. Can you imagine: a father sent his son on an errand and was expecting him to come back with a response but only for the father to hear that the whole city was singing, that his son, who was not trained as a soldier, was being celebrated as the killer of the enemy’s war champion. The bible says, Goliath had been boasting for 40 days and no one could challenge him. David only heard him once and his spirit could not be at rest for hearing such statement from Goliath because he has been prepared. If he wasn’t prepared, such opportunity wouldn’t have come to him.

Prepare yourself with prayer, fasting, studying, attending seminars, taking up challenges and not running away from them. I have a friend in my school, before the lockdown, one of our lecturers shared us in a group to do group work and I was selected as the group leader and I allocated each portion of the project to each and everyone of us. Few people did what was given to them and about four of us had to do the other people’s portion, including our own and one lady said: ‘Henry, since the rest of them don’t want to work I won’t do their work’ and I told her that she should try to do the maximum that she could and shouldn’t look at others because she is training herself for the future. Finally, she obliged. Since march 2020 when the lockdown started, we have not been able to go back to class and we have been taking our lectures online and submitting our assignments online. Several times that same woman thanked me for the advice I gave her about not looking at what others were doing but focused because it was a training and due to that experience she had, today she is able to do all her assingments on her own. I told her that it was God who I thanked for her life for taking the advise. There was a post I posted here on this blog long ago whose tittle is “God brings people into our lives for a purpose.” In this journey of life our lives cross those who God knows will be beneficial to us, in one way or another. Some might be to challenge you, some might be to encourage you, some might be to train and prepare you even within a short time of that relationship, some might be to advertise or announce you, some might be to carry you along. All we need is to be focused and humble ourselves so that the purpose will be fulfilled and God will be glorified.

Your week of Divine connection 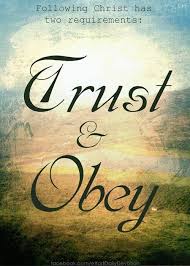 Then said the Lord unto Moses, behold, I will rain bread from heaven for you and the people shall go out and gather a certain rate everyday, that I may prove them, whether they will walk in my law or no. And it shall come to pass, that on the sixth day they shall prepare that which they bring in and it shall be twice as much as they gather daily.- Exodus 16 : 4 – 5.

These were the instructions God gave to the children of Israel through Moses and Aaron but they refused to take the instructions. They decided to do things in their own way. Anytime we refuse to obey God´s instructions, there is always a price to pay for disobedience, we prolong the manifestation of God´s blessings.

And Moses said, let no man leave of it till the morning. Not withstanding, they hearkened not unto Moses but some of them left it until the morning and it bred worms and stank and Moses was wroth with them. And they gathered it every morning, every man according to his eating and when the sun waxed hot, it melted. And it came to pass that on the sixth day they gathered twice as much bread, two omers for one man and all the rulers of the congregation came and told Moses And he said unto them, this is  that which the Lord hath said, tomorrow is the rest of the holy sabbath unto the Lord, bake that which ye will bake today and seethe that ye will seethe and that which remain over lay up for you to be kept until the morning. And they laid it up till the morning as Moses bade and it did not stink neither was there any worm therein – Exodus 16 : 19 – 24.

When the day that God told them to collect double came, no worm, no bad odour neither did it stank.The bible says in 1 Samuel 15 : 22b Behold, to obey is better than sacrifice and to hearken than the fat of rams. He is ever ready to help us.

How many instructions has God given to you which you have not followed? Brethren, it is not too late, turn to Him and plead for forgiveness and follow up His instructions because it is not His will for anyone to perish or lost.

PRAYER: O lord, give us the grace to be obedience to Your instructions no matter hoe small it might be and forgive us for our disobedience in the name of Jesus Christ..

You are on your time zone

Posted by osarobohenry on Nov 10, 2017 in Uncategorized, Wait

The Lord will go ahead of you

My health may fail but God…

What do you think? https://pin.it/4wOGYmE