Everyday we are faced with one or more trials and we need the Mighty Hand of God to deliver us from such trials. At times, we don’t even know that it is a problem because satan will make it seems that it is normal and it takes the grace of God for us to know that such situation is a problem. Below are some prayers that might help you to come out of any difficult situation that you might find yourself. You might ask why should I use the word might? Because it depends on you:

If you have not accept Jesus Christ as your Lord and saviour, you can do so by repeating this prayer after me. Say Lord Jesus, I come to You, I recognised that You came and died for me. I accept You as my Lord and saviour, Come into my life and take permanent resident. Fill my life with Your glory and give me the grace to serve You throughout the rest of my Life. Thank You Lord in Jesus Christ name. Amen. Friends, if you pray that simple prayer, I beleive that you are born again.

If we confess our sins, He is faithful and just and will forgive us our sins and purify us from all unrighteousness – 1 John 1 : 9

Confess all your sins and don’t hide any of them because He is aware of it. If you can do this properly, it will take you some quality time and I know that is what some of us don’t want. It is not a wasted time anytime you spend with God. You can use the following as a guide:

Now to the prayers.

1. Father, You said in Your word that when the righteous cry to You for help You will deliver him. Lord, I cry to You today, deliver me out of any troubled waters in the name of Jesus Christ – Ref. Psalm 34:17.

2. O Lord my Father, deliver me from any trouble I have entered consciously or unconsciously in the name of Jesus Christ – Ref. Psalm 107:6.

4. Father, You said in Your word that I will know the truth and the truth will set me free. Therefore Lord, give me the grace to know the truth in the name of Jesus Christ – Ref. John 8:32.

8. O Lord, set me free of the pit that have prisoned me in the spirit in the name of Jesus Christ – Ref. Zechariah 9:11.

9. Deliver me from stubborn enemies O Lord in the name of Jesus Christ – Ref. Psalm 18:17.

10. Lord, You said in Your word that whom the Son set free is free indeed. Therefore Lord, set me free from ——–(mention the name) in the name of Jesus Christ – Ref. John 8:36.

14 Thank You Lord for answering my prayers in the name of Jesus Christ – Ref. 1 Chronicles 16:34.

Posted by thehouseofprayers on May 13, 2020 in Acceptance, Change, Fear not, Forgiveness, Hope, Patient, Prayer, Sins

Tags: Believe, Confidence in God, Don't give up, Faith, God hears our prayers, The love of God, Trusting God 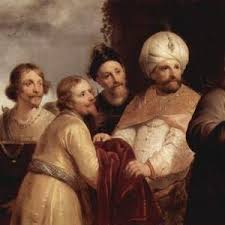 But Gehazi, the servant of Elisha the man of God, said, Look, my master has spared Naaman this Syrian, while not receiving from his hands what he brought, but the Lord lives, I will run after him and take something from him. So Gehazi pursued Naaman. When Naaman saw him running after him, he got down from the chariot to meet him and said, Is all well? And he said, all is well. My master has sent me, saying, indeed, just now two young men of the sons of the prophets have come to me from the mountains

When Elisha was busy with the issue of healing, his servant’s eyes was on the gift that they brought. He was there with his master, but his mind was not in whatever thing that his master was doing.

Whatever we do in life, has a great effect whether positively or negatively. Naaman was healed of his leprosy and because of his joy he presented a gift to the man of God, Elisha but he refused to take the gift.

It was an opportunity for Elisha to be connected to such a well know man like Naaman but he never wanted to have any influence in the worldly things but rather with the things of God. He never want to contaminate himself with the things of the world no matter how precious it seems to be. He took his eyes off material things because he has an inheritance in heaven. He new that God is greater than any material thing.

So Naaman said, please, take two talents. And he urged him and bound two talents of silver in two bags, with two changes of garments and handed them to two of his servants and they carried them on ahead of him. When he came to the citadel, he took them from their hand and stored them away in the house, then he let the men go and they departed. Now he went in and stood before his master. Elisha said to him, Where did you go, Gehazi? And he said, your servant did not go anywhere.

Then he said to him, did not heart go with you when the man turned back from his chariot to meet you? Is it the time to receive money and to receive clothing, olive groves and vineyards, sheep and oxen, male and female servants? Therefore the leprosy of Naaman shall cling to you and your descendants forever. And he went out from his presence leprous as white as snow – 2 Kings 5 : 23 – 27.

He lied to the man of God and also lied against him just because of material things that will be there today and tomorrow will not be there.

I have shown you in every way, by laboring like this, that you must support the weak. And remember the words of the Lord Jesus, that He said, it is more blessed to give than to take – Acts 20 : 35.

We should not be too conscious about gift. Because of greed, he did not only brought a curse upon himself but rather upon his descendants even the ones yet unborn will grow up and start a fight that they know nothing about.

That is what is happening today. Many people are fighting the battle they know nothing about. May be an error someone in the ancestry has made, may be a covenant one might have entered knowingly or unknowingly, curt one might have entered, words that has been said against any member of the family for an offence committed or even an error or offence committed by anyone in your environment can have effect too.

An error of just one minute can make a whole generation to go through suffering until someone is able to find out the cause and rise up to pray and renounce it, there will be no freedom.

PRAYER : Everlasting Father, I thank You for all that You have done for me and my family. Help me not to make any error or make any mistake that will my generation to suffer what they know nothing about in the name of Jesus Christ.

Posted by thehouseofprayers on Jan 17, 2015 in Sins

Stop being an obstacle to your blessing 2 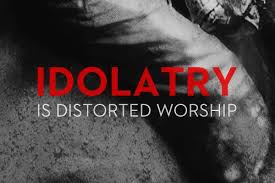 You shall not make for yourself a carved image, any likeness of anything that is in heaven above or that is in the earth beneath or that is in the water under the earth. You shall not bow down to them nor serve them, for I the Lord your God, am a jealous God, visiting the iniquity of the fathers upon the children to the third and fourth generations of those that hate Me – Exodus 20 : 4 – 5.

Most times, the above mentioned sin is not being taken notice of because we feel that since we are now in Christ behold, old things are passed away. Brethren, the sins of idolatry cannot be passed away like that without begging God for the forgiveness and renouncing that sin. What of evil covenant that they might have made? What about any curse that might have been placed on the family? What about evil yokes? What about curtism?

The bible says that God will visit the iniquity of the father up to the third or fourth generation. Even if you said that your father was not part of that worship but what about your ground father or great-ground father, so you are still involve. Until someone rise up and take the bull by the horn by taking responsibility to beg for such sin, it cannot be swept under the carpet. Instead, it will keep on being renewed until somebody from the family rise up.

We feel that the sins of our parents cannot get to us. If you think so, glory to God for your understanding but try and read the above bible verse so that you can now know how to take your stand in any sins that your parents or ancestors have committed.

God cannot lie and His word cannot lie. All He expect us to do is to accept our error and beg for His forgiveness of our sins and that of our ancestors and He will surely forgive us because of His love for us.

Posted by thehouseofprayers on Dec 27, 2014 in Sins

Tags: Fight for what you want, Forgiveness, God hears our prayers