The poorest man on earth who is friend with God is…..

Prayer is the key that unlocks all doors

Worship The Lord of Host 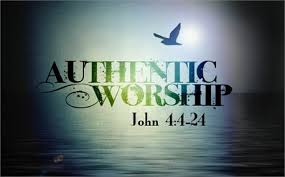 Brethren, when we worship and praise God, we are also praying. There are some problems which cannot be answered with what we only recognize as prayer but only through worship that it can be taken care of. We remember the story of Paul and Silas in Acts 16 that as they were worshiping God the unexpected happened.

Let worship be part of your everyday life and you will see how things begin to change for your good. Recognize His Mighty Hands upon your life.

Below are few Bible verses about worship:

Posted by osarobohenry on Apr 28, 2016 in Blessing, Change, Focus, Prayer

May Jehovah fight every secret enemies of your life

God always has something for you

Posted by osarobohenry on Apr 19, 2016 in Blessing, Faithfulness, Focus, Something good

Posted by osarobohenry on Apr 18, 2016 in Uncategorized

Have a great and blessed Tuesday

Posted by osarobohenry on Apr 12, 2016 in Blessing, Favor

How are you expecting God’s blessings? 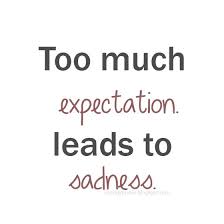 After your prayer, how are you expecting God’s blessings to manifest.

A young man was getting ready to graduate from college. For many months, he had admired a beautiful sports car in a dealer’s showroom and knowing his father could well afford it, he told him that was all he wanted as a graduation gift.

As the graduation day approached, the young man awaited signs that his father had purchased the car but there was no sign.

Finally, on the morning of his graduation, his father called him into his private study room and told him how proud he was to have such a fine and intelligent son and how much he loved him. He handed him a beautiful wrapped gift box.

Curious, but somewhat disappointed, the young man opened the box and found a lovely, leather-bound Bible with his name embossed in gold.

Angrily, he raised his voice to his father and said, ”with all your money you give me a Bible?” He stormed out of the house, leaving the Bible behind.

Many years passed and the young man was very successful in business. He had a beautiful home and wonderful family, but realized his father was very old. He had not seen him since that graduation day.

But before he could make arrangements, he received a telegram telling him his father had passed away and willed all of his possessions to him. He needed to come home immediately and take care of things.

When he arrived at his father’s house, sadness and regret filled his heart. He began to search through his father’s important documents and saw the Bible, new, just as he had left it years ago.

With tears, he opened the Bible and began to turn the pages. His father had carefully underlined a verse, Matthew 7:11 – ”And if ye, being evil, know how to give good gifts to your children,how much more shall your Heavenly Father which is in Heaven give to those who ask Him?”

As he read those words, a car key dropped from the back of the Bible. It had a tag with the dealer’s name, the same dealer who had the sports car he had desired. On the tag was the date of his graduation and the words… PAID IN FULL.

How many times do we miss God’s blessings because they are not packaged as we expected?

PRAYER : May God give us the grace to wait and focus on Him so that when His time of visitation comes, we will not miss Him in the name of Jesus Christ.

God’s going to put you on somebody’s mind

Posted by osarobohenry on Apr 8, 2016 in Change, Fear not, Focus, Prayer

May God receive your prayer

Posted by osarobohenry on Apr 6, 2016 in Blessing, Faithfulness, Focus